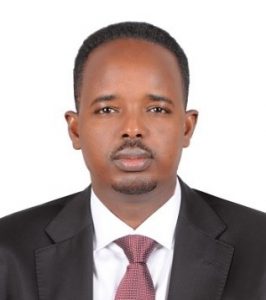 Real GDP growth averaged 7.0% per annum during the period of 2008-2010 EFY, a four percentage point shortfall from the base case scenario of 11 percent in annual real GDP growth target for the plan period. The reason was recurrent drought due to climate change that has affected both human and livestock of almost six zones of the region.

As per the estimates the annual average growth rates of major sectors i.e.  Agriculture, Industry and Services were 5.7 percent, 11.8 percent and 11.1 percent respectively and their shares out of the total annual average GDP were about 66.6 percent, 5.0 percent and 28.5 percent respectively. Hence this estimates revealed that the economy of the region is primarily depend on Agriculture particularly the livestock production sub-sector which is very prone and vulnerable to shocks and distress due to negative impacts of climate changes.

The fiscal policy of the regional government has been aimed at generating maximum revenue potential in the region to cover the required expenditure to support region’s economic growth and equitable development. Accordingly, revenue collection of the region has made tremendous increment over the period (2003 to 2011 EFY). The regional revenue which was only Birr 267 Million in 2003 EFY has reached to Birr 2.5 Billion in 2011 EFY, which shows on average an increase by more than 836% in nominal terms. Tax revenue increased at an annual average rate of 38.3 percent during the past eight years, which is above the national level of 33 percent in annual average tax revenue increase of the same years. The region will pursue further enhancement of tax collection through improving tax administration systems, tax administration capacity, enforcement of tax laws, broadening the tax base and automation of tax administration information system.

From Government expenditure side, more attention has been given to proper administration of Budget allocation, ensuring efficient and effective public finance utilization, eradicating corruption and  reducing wastage of resources and prioritizing the development interventions to respond the community needs.

During 2003-2011 EFY, the Somali Regional Government expenditure has shown tremendous increment. In 2003 EFY, the total regional expenditure was Birr 2.6 Billion, which has increased to Birr 16 Billion in 2011 EFY showing  515% increment in nominal terms, over the period.

The federal government of Ethiopia has a legal framework as requirements within which the Public Financial Management system has to operate effectively. Therefore, the required financial proclamations, regulations, directives, operational procedures and manuals have been contextualized and exercised effectively in the region over the past years.

Public Financial Management system in the Somali Region has made a great improvements since previous PEFA assessment on 2015 G.C in the areas of strategic allocation of resources, a multi-year perspective in fiscal planning, expenditure policy and budgeting, a clear costed sector strategies aligned to regional GTP II targets, a comprehensive medium term macroeconomic forecasts and underlying assumptions are prepared by BOFED to enhance budget planning process. Aggregate expenditure side of the budget performs according to plan. There is an effective budget calendar, which provides budgetary institutions adequate time to prepare their budget as well as the legislature to carry out its scrutiny function.

There is effectiveness of payroll controls (payroll audits), effectiveness of internal audit both coverage and quality, timeliness and regularity of accounts reconciliation, all bank accounts reconciliations. Budgetary institutions are able to commit expenditure for six months. Stock of expenditure arrears with their age profile are monitored quarterly, advance payments are reconciled monthly, segregation of duties is prescribed through expenditure process and responsibility are clearly laid out. Effective commitment control applies to all payments. Financial data integrity process is done, monitored, access and changes to record is restricted. Complete annual financial reports are prepared and submitted within three months to general audit.

The previous practice of cash transfers has been changed to zero balance and single treasury account method, based on cash flow and drawing limit at regional level. Central Treasury Account and the Z accounts constitute the Treasury Single Account (TSA) and its balances are calculated on a daily basis. A cash flow forecast is prepared annually for the year to come and is updated at least monthly on the basis of actual inflows and outflows.

IBEX automation system on Budget and disbursement was introduced in which Budget allocation and disbursement handling steps were minimized, in addition to that IBEX system has been promoted to online system through establishment of data center at BOFED and woreda net connections.

At  the  regional  level,  there  is  a  PFM  steering  committee  composed  of  heads  of departments of BoFED chaired by bureau head and also a woreda-level steering committee composed of Woreda Office of Finance and Economic Development (WoFED) section department heads chaired by office head. In addition, there is a technical support team at the BoFED level that provides support to the implementation of the various reforms at the regional and woreda levels. PFM committee meets every week at all levels and they evaluate PFM progress against set targets.